How to find out what’s your character

I’ve lived in six countries – on three continents. I started being on the move in my twenties, a time when I was trying to figure out who I was. This process is by no means complete, but contrary to what many people told me, being uprooted doesn’t actually make it harder.

I found that being thrown into a new situation (far away from your ‘routine’ and any notion of how things ‘are done’) helps figuring things out.

Because the reference points are missing.

It took me a few years to realise that the way I was behaving at home was due to conditioning. Cues came from friends, family, society. I grew up looking around and learning what were the options available when it came to behaviour and decision making.

No one ever told me explicitly what to do and how to behave. But while living abroad, I noticed that a lot of what I thought was ‘normal’ was in fact deeply rooted in how I grew up.

Now, who I am will always be intricately linked to where I came from and how I grew up. But there is another part inside me that suddenly opened up when I moved to places that were different from home. I started seeing things handled in different ways, society operating differently. I started seeing options. More options than I thought there were. I started comparing, asking questions. Asking myself which direction my life should take, based on the multitude of ways I was suddenly experiencing, facing, witnessing. 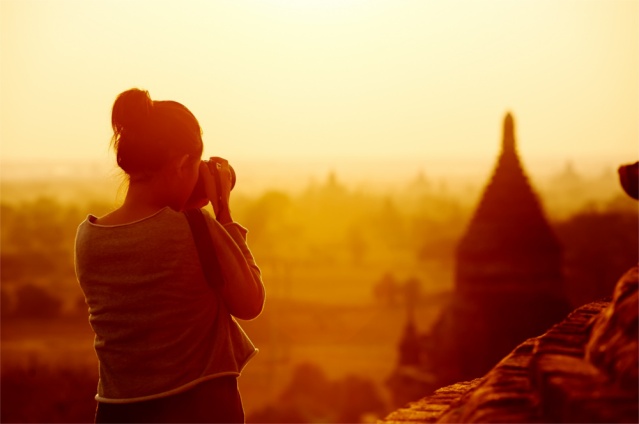 The most interesting lesson I learnt is this: I actually do not know precisely what is my character. I used to think that I do, but realised that whenever I face entirely novel situations, something interesting happens (and by ‘novel’ I don’t mean filing your tax return in a new country for the first time – I mean entirely new life situations where you need to make a quick, sudden decision without consciously ‘thinking’):

I responded in ways that I didn’t know were available to me. I did something I thought I’d never do. I made a judgement call, based on nothing. No history of similar situations, no experience, nothing. And sometimes, strangely enough, I found myself unable to handle situations that I felt should have been ‘easy’ to deal with.

Relocating means leaving everything behind.

Relocating means dealing with people who don’t know who we are and who therefore have no preconceived ideas about our ‘character’.

I think it’s the best way to find out who you are. Because who you truly are reveals itself in unfamiliar surroundings.